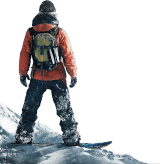 Welcome to the Steep Wiki
The comprehensive Steep wiki reference
written and maintained by the players.
We are currently maintaining 590 pages (113 articles).
Please feel free to contribute by creating new articles or expanding existing ones.

Ride a massive open world of the Alps and Alaska, where the powder is always fresh and the run never ends. Defy and master the world’s most epic mountains with Skis, Snowboard, Wingsuit, and Paraglider. Go solo or drop in side by side with other players. Record and share the most insane stunts ever captured or suffer the failures. The wild and massive mountain environment offers a wide range of activities and opportunities, allowing players to freely ride, compete, and pull off crazy stunts. Dare your friends to try out your custom lines, then challenge the world to beat your best tricks, by selecting trails, creating new trails, you can use the Mountain View or GoPro View and relive your most epic wipeouts.

Steep™ is available now on PlayStation®4 system, Xbox One and PC. The mountain is yours to explore. So strap in, suit up, and drop in.
[How To Play Guide For Steep] 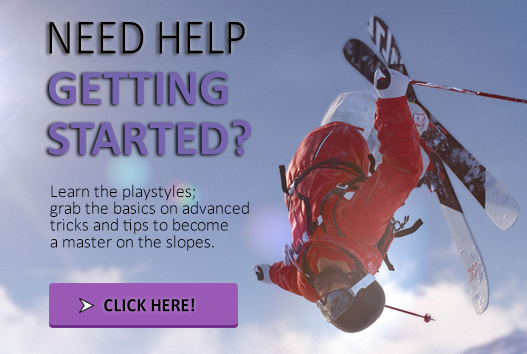 Steep is an online-focused game, in which all players share the same game world, engaging in various extreme Sport activities simultaneously. To navigate the world quickly, players can use the Mountain View mode, which shows different "drop zones" throughout various Regions in the game. These drop zones serve as fast travel points that allow players to reach different parts of the game's world without having to actually interactively move that distance. There are various hidden Races and Challenges as well as Secret Areas, which can be discovered and unlocked by exploring the various regions of the Mountains. Players are also equipped with a pair of binoculars, who can be used to discover new Locations.

The game also has a Trick system, which allows players to perform special techniques such as spinning and grabbing while they are Skiing or Snowboarding. Players receive points if they perform tricks and if the player performs at the highest speeds in a race, they will receive a medal as an award. If and when the player crashes during a Challenge, they have the ability to retry it immediately and view the amount of g-Force the player's character endured during the crash. When players are participating in these extreme sport activities, a trail will be recorded automatically, which can be viewed through entering the Mountain View mode, which then Players can use the pause, rewind, and replay features to capture Screenshots and view their own performance data as well as other players' experience nearby. These replays can be shared to the community including other various social networking sites. Players can also set and share their trail as a challenge for their friends or other players.

Main page sections: 1 · 2 · 3 · 4. Changes for the main page can be proposed here.
Retrieved from "https://steep.gamepedia.com/index.php?title=Steep_Wiki&oldid=1527"
Category: